One needs at least two dimensions to even begin to talk sensibly about political positions, and to see the recent reorientation
​Mark Changizi
10 March 2021
Talking about Left and Right in politics has its occasional uses, but mostly it tends to confuse, and serves only as identity labels. Actual political positions have many dimensions, not just one extending from Left to Right.

It's long been noticed that two dimensions -- personal freedom and economic freedom -- can do a much better job at helping to make sense of much of the variation. This is called the Nolan diagram, and is shown below. 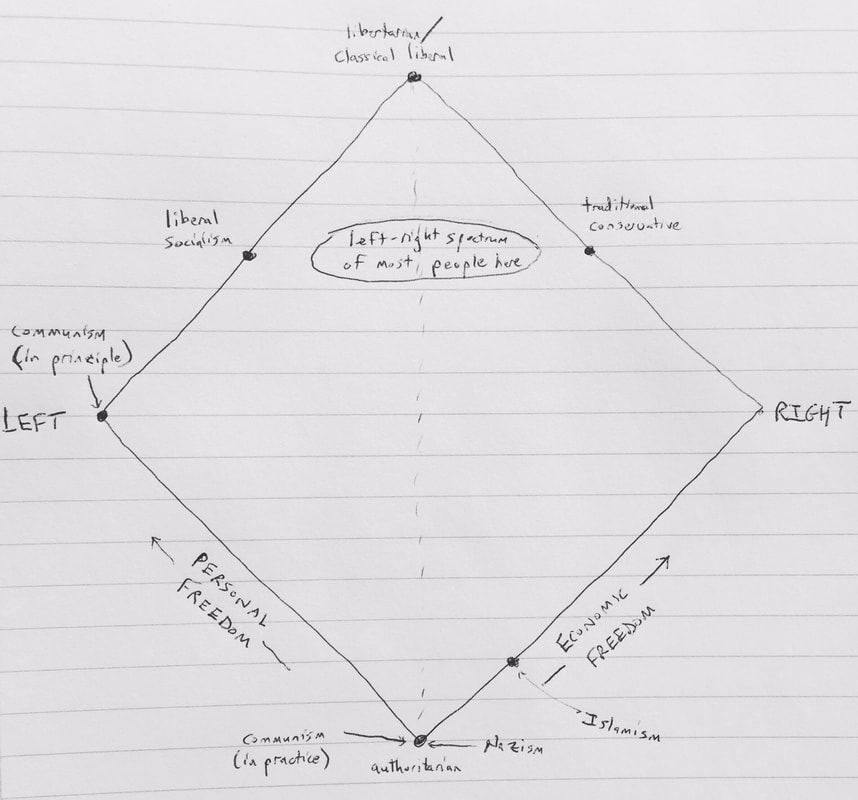 In addition to helping us appreciate that there's more than just two camps -- "us versus them" -- the diagram also has the advantage that, when displayed in the particular fashion shown here, traditional Left and Right actual end up on the left and the right.

Now, actual political debate tends to be much more clustered together than folks appreciate. Whatever the space of disagreement is, we act as if opposite ends of it are miles apart. But they're usually much closer together than being at opposite left and right corners within the diagram. The horizontal band up there near the top might be closer to reality.

The diagram also helps to emphasize how useless a term like "centrist" is. Both classical liberal (top) and totalitarianism (bottom) might be deemed "centrist" if one were only able to see the Left-Right horizontal band, and didn't grasp that there's another dimension floating around. Given that classical liberal and totalitarianism are opposites, that's quite a feat of misunderstanding! But with this diagram it becomes immediately obvious that there's no single "centrist" position. ​

But I bring up the diagram now because, whereas the horizontal band shown within it historically kinda sorta summarized much of the political debate, the "Covid events" over the last year have led to a reorientation of the main debate in much of the world.

Rather than Left-Right, it's now Up-Down.

​Those who fell within the viewpoint that "Covid is super dangerous and the interventions most certainly are worth it" aren't left or right, but are down. And those skeptical of this viewpoint are up. 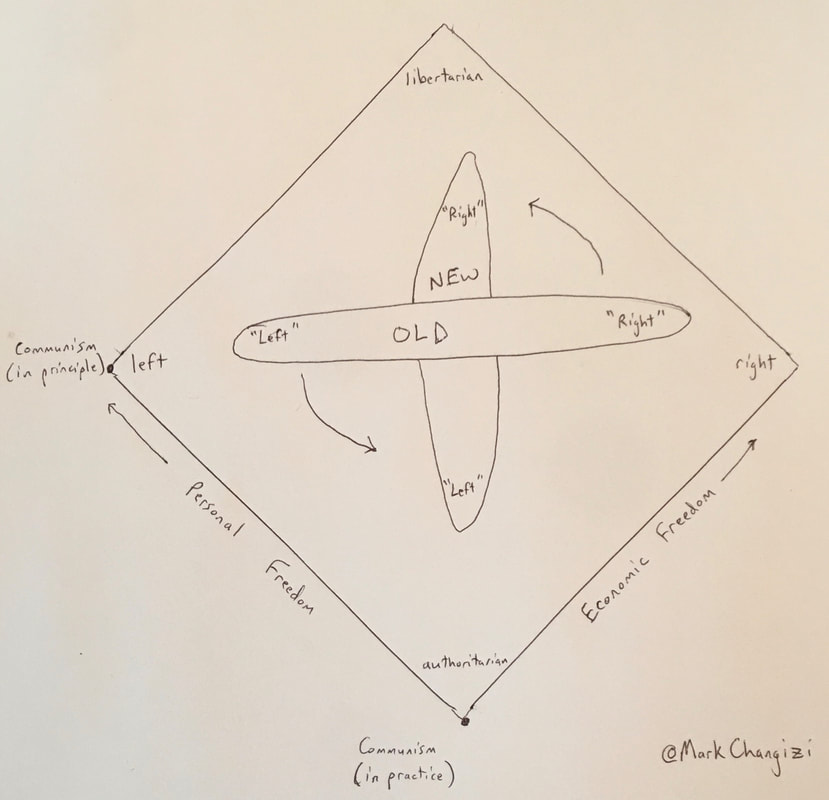 Folks now in the Down camp come from all over the map, but at least within the U.S., political polarization has disproportionately led to the Left having shifted to Down, and the Right shifted to Up. There are many counterexamples (e.g., feminist Naomi Wolf is now a staunch Up), and this is not generally the case worldwide.

But, what matters most is that, wherever they came from, the political debate is now dominated by classical liberalism (Up) versus authoritarianism (Down).

This massive reorientation of political debate is one of the motivations for the inception of FreeX.

I talk about this political reorientation here in a Science Moment video.
PREVIOUS: Designerless